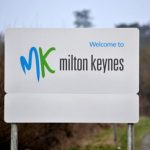 A car park and nature area have been named as some of Milton Keynes’ hotspots for watching strangers have sex in their cars.

Participants often share information about where the best spots are online (such as this great site) with several popular locations across the city mentioned on various sites.

Have you tried any of these locations out? If so let us know?