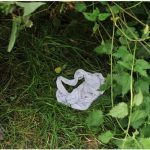 “In one hour parked up around the edge I see two men dressed as women arriving separately. One gets into a car with another man. The other does laps of the car park, stopping occasionally to re-do his make up.”

“The number of people coming in and out is startling given that it is both uncomfortably cold and a car park in the middle of nowhere at 10pm.”

“One man parked across the car park takes a lap and parks next to me. He gets out and circles his car, sitting on his bonnet before getting back inside. Then his interior lights come on. A moment later his passenger window comes down next to mine. I avoid all eye contact and decide it is best I leave now.”

“I think it is very basic to be honest. It is like ‘here we are. We are mad. We are doing this in the open, in cars and parks’. It is quite anarchistic in a way.”