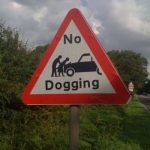 Present was MP for South Basildon and East Thurrock, Stephen Metcalfe, and PCC Nick Alston along with councillors Little and Wootton.

“We are determined to tackle this problem and I will work closely with PCC Nick Alston, local Councillors and Essex Police to ensure that residents are free from this scourge on the community.”

Cllr Sue Little said: “It was a delight to welcome the new police crime commissioner Nick Alston along with our MP Stephen Metcalfe into my ward. Our discussions were fruitful with a real commitment from Nick in helping the police to become more effective in dealing with residents issues in our rural community. It was really refreshing to know our voices are being heard and action being taken.”

The meeting also covered policing issues in the areas of Bulphan, Orsett and Horndon-on-the Hill and proved a productive means of pooling local knowledge to fully understand the problems affecting residents in the area.

“I look forward to seeing real improvements as a result of this meeting and sincerely hope that residents will start noticing a difference in the near future.”