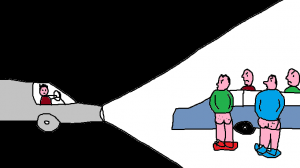 I sat in my car for 10 mins contemplating going home, but thought f this – im alpha cuz, I got out my car and took a deep breath – I noticed that all the guys were crowded around 1 car with their trousers around their ankles – This is where i ****ed up again – for some reason i pulled my trousers down before i got to their car…so i had to do an awkward walk/shuffle over to the car 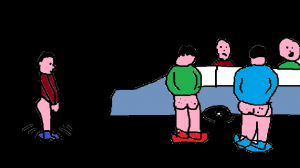 Luckily know one noticed as they were to engrosed in what they were doing. There were 4 men, all fapping at someone in the car – I nervously approached a free window and took a peak in 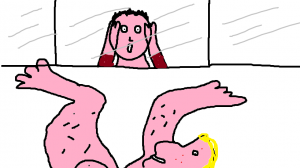 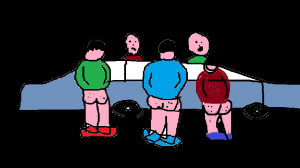 Now, the first thing that crossed my mind wasn’t whether or not the guys had bigger cawks than me – but I couldn’t get over the fact that all 4 of them were taller than me, was really peed of at this and actually started fapping on my tip-toes for some of the time. Anyway, 10 mins later I my penor was still like a wet piece of spaghetti..when suddenly the two guys opposite me let out a cry and orgasmed right infornt my eyes and jizzed on the car window…this was pretty much my view 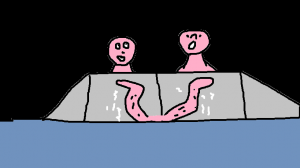 The guys then pulled their trousers up and left without saying a word….5mins later the 3rd gay came on the window and left…now it was just me and some other dude…it was awkward to say the least. To my surprise the whale inside started to wind down the window – and within a blink of an eye she literally engulfed the guys penor 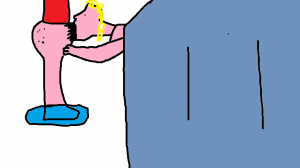