“Computers seem to think it’s a rude word and loads of our emails just kept bouncing back,” a film company source told me forlornly. “The film ‘s name hasn’t changed, though, and we’re allowed to use it on outdoor advertising, even on posters on the Underground.” 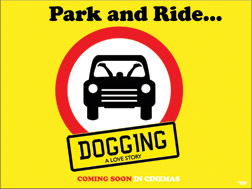 Directed by Simon Ellis, it centres on a journalist (played by Luke Treadaway) who investigates goings-on in the car parks of north-east England, and is billed as a “comic take on sex, danger, jealousy and 21st-century romance in the great dark outdoors.”

Should prompt a lot more people to sign up to letsgodogging.co.uk and give it a try.