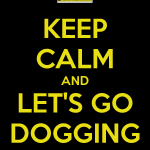 Classic
Front seat, passenger side, him on top with feet on floorboards, her feet on the dashboard. Recline the seat as far as possible.

Straddle
Him in the passenger seat, her on top astride.

Back to Front
The woman gets astride the front seats and backs her bum and presses in into the space between the seats. She can brace herself against the seats or the dash. The man is in the back seat and fucks her doggy style.

Up and At ‘Em
Woman lays across the back seat with the man on top between her legs. She plants her feet high and wide across the interior wall of the car. He kneels between her legs and pulls her pelvis up toward his. The female can use her legs to pump her pelvis in this position. Alternately, if there is room, she can hook her legs over his shoulders.

On the Hood
The woman lies back on the hood of the car and scoots her bottom towards the edge. She can rest her feet on the bumper or the grille. The man stands in front between her legs and leans on the hood as he fucks her.

Wraparound
Same as above, but upright, with the woman sitting on the hood. She wraps her legs around the man’s waist and supports herself with her arms, leaning back.

Wheelbarrow
The woman lays her upper body face down on the hood. The man lifts her legs up and holds them spread apart as he fucks her from behind.

The Bridge
The woman lays back on the hood with the male standing in front between her legs. She lifts her legs so that she can hook the back of her heels over her partner’s shoulders. The woman tilts her pelvis up into position while the man supports her lower back with his hands.

Over the Top
For when you really want to put on a show. The woman climbs up on top of the hood on all fours, with her rear facing the front of the car. She leans on the roof of the car to support her upper body. The man kneels on the hood behind her and fucks her doggy style. Take care not to break the windscreen.

Wheelbarrow
The woman lays her upper body face down on the hood. The man lifts her legs up and holds them spread apart as he fucks her from behind.

69
Both partners are in the backseat, the woman laying across the seat with legs open and the man on all fours over her in the 69 position.

Open Door
With the door open, either the man or woman sits in the car seat facing outward while their partner kneels outside the car and goes down on them.